Our Vision and Mission

The NTC strives to be the pre-eminent technology council and the leading voice and advocate for the growth of Middle Tennessee’s $8 billion tech ecosystem.

Our mission is to advance the diverse technology ecosystem by connecting and promoting members, attracting, growing and retaining tech talent, and providing opportunities to reinvest in the Greater Nashville community.

Our Values and Approach Conduct our activities with integrity Continuously improve through a progressive and entrepreneurial mindset Practice and promote inclusion of all individuals and organizations

We believe connection is essential to growth. By facilitating educational and networking events, celebrations, and opportunities to give back, we cultivate a collaborative community that enjoys sharing, learning, and giving together.

We believe Middle Tennessee is able to sustain a political and economic atmosphere that empowers technology to thrive. We advocate for policies that nurture expansion and attract both talent and businesses. We invite others to join us in that effort.

We believe in our community’s ability to produce and retain the nation’s best talent. We empower growth by supporting the gifted individuals that comprise our workforce today, and provide inspiration and education for the workforce of tomorrow.

We believe Middle Tennessee is emerging as a technology leader. We work to create a reputation of technological excellence for our community while raising awareness, encouraging creativity and driving economic progress. 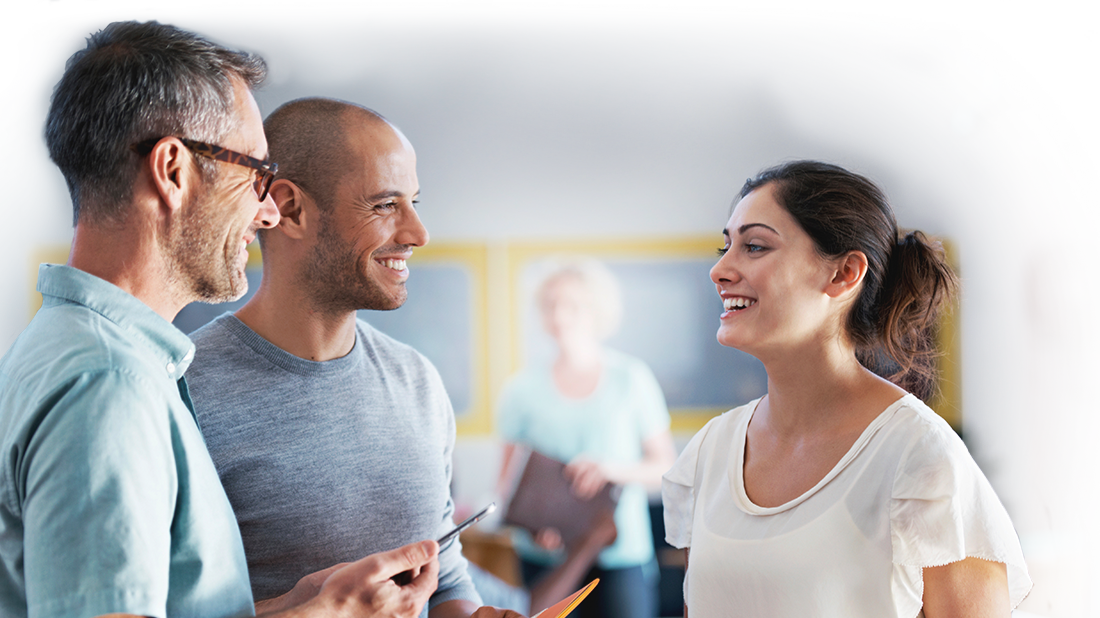 History Highlights
The concept of the Nashville Technology Council began in 1999 when a group of business leaders and legal minds came together to address the need in Nashville for better paying jobs and improved capital investment in technology start-ups. From its inception, the vision for the NTC was to be a catalyst for growth and influence in Middle Tennessee's tech industry.

Initially founded as a volunteer organization with the help of the Nashville Area Chamber of Commerce, the NTC’s first President, David Condra incorporated the membership association a year later.

The first few years the organization operated like a true entrepreneurial endeavor, focusing on growing a base of members and providing them value. This came in the form of job market studies and professionally-produced events on topics that tech companies and IT departments of larger businesses wanted to learn about.  The NTC saw a clear need to foster the growth of tech businesses in the region. The Nashville Angel Network began as initiative of the NTC and later evolved into the Nashville Capital Network. The NCN along with the first Tech Titans — early larger-scale contributors to the NTC’s mission — created awareness and a buzz around investing in technology in Nashville.

Another way the NTC provided value to its members and the region was through the T3 Initiative. Started under NTC President Jeff Costantine, “Turning the Tide of Technology” was a creatively named effort to help the local technology industry find qualified job applicants. The NTC formed relationships with area universities to help guide curricula that met the demands of the growing number of tech jobs available. Under Costantine between 2005-2008, Tech Council membership grew from 125 to 315, thanks to regular technology roundtable discussions, programming like TechVille — an innovation showcase of tech companies and people in Nashville — and TechNashville — a day of panel discussions with keynotes by Tennessee Governor Phil Bredesen and healthcare innovator Healthways.

By late 2008, the NTC was ready for new challenges. A Nashville Chamber study on entrepreneurship was the starting point for newly-appointed NTC President Tod Fetherling to develop the concept of a “front door” for entrepreneurs in Nashville. Working with allies like the Chamber, the Nashville Capital Network, Vanderbilt accelerator and other private funders, the NTC developed the plan, raised the funds for, and successfully launched the Nashville Entrepreneur Center on August 1, 2010, on the same street as Nashville’s famous honkey-tonk, at 105 Broadway. During Fetherling’s tenure, the NTC launched numerous events including the annual NTC Awards to celebrate Nashville’s tech movers and shakers, two “Naked Hospital” events focused on transparency and data in the healthcare industry, and membership breakfasts including hosting then Microsoft CEO Steve Ballmer.

Coordination among different organizations to address missed opportunities and inefficiencies is what Liza Massey brought to the table as she lead the NTC starting in 2011. The NTC & the Nashville Chamber consolidated job boards into one under WorkIT. The community worked together to find ways to rapidly train job applicants for software development and begin to integrate technology learning into public school class rooms.

In 2013, NTC’s President and CEO Bryan Huddleston took the reigns of the organization. In 2015 the NTC was recipient of a multi-year State of Tennessee’s LEAP grant, to fund the IT Pathway Collaborative to address the challenges of the job candidate “IT skills gap” by promoting technology career opportunities. The project spurred the creation of NTC’s We Build Tech platform: a network of training & employment tools that create a pipeline of talent in Nashville so it can become a center for technology-based innovation and development. The Nashville Technology Council became the White House’s lead in Nashville for the TechHire program to work together to develop new ways to recruit and place applicants based on their actual skills and to create more fast track tech training opportunities.

Brian Moyer took over as President and CEO in 2016.  During the next 5+ years and with the support of an outstanding NTC team, membership grew 51% to more than 550; we opened Tech Hill Commons, a 9,500 square foot space that serves as the living room, conference room, classroom, and auditorium for the Middle Tennessee’s tech community; we established a board level Diversity and Inclusion Committee to promote D&I efforts within the tech community; we launched the Emerging Leaders in Technology (ELITE) program that had 106 graduates in the first five years; we created the Technology Community Leaders Council (TCLC) made up of the leaders of all the area tech-focused meetups and user groups; we rebranded as the ‘Greater’ Nashville Technology Council to emphasize our leadership and representation of the regional tech ecosystem; we launched the NTC Ambassador program; we launched Tech PAC TN to raise money in support of our advocacy and policy initiatives,

We established a goal to double the size of our tech workforce by 2025.  In support of that goal we launched ApprentiTN, the first tech apprenticeship program in the southeast; we secured grant commitments of close to $3 million for workforce development and tech education; we launched the Go Tech program in partnership with Vol State and Nashville State Community Colleges to provide free training to area adults looking to move into the tech workforce; we launched a series of Virtual Career Fairs, we launched a new Job Seeker Program, we launched the Tech Coach Program to assist anyone trying to break into the tech workforce, we launched TechIntoNashville, a multi-year, multi-faceted campaign to recruit tech talent to Nashville from six designated cities across the nation.  The results of these workforce efforts can be seen through multiple reports highlighting Nashville as a leader in tech workforce growth.  One of the most recent reports by CBRE ranked the Nashville area as having the fastest growing tech workforce in the nation over the past five years.  These efforts are critical as we look to support new tech startups along with a wave of new tech, and tech-enabled companies that have relocated and/or expanded to Middle Tennessee over the past several years.

And the best is still to come…

Meet the NTC staff members that work for you.

Meet The Team ›
Board

Meet the dedicated community members that serve on the NTC Board.

Meet The Board ›
Partners

Discover the Partner organizations that support the work of the NTC.