The NTC Ambassador program is led by Aaron Montlary, Director of Clinical Development & Innovation in the Information Technology Group of HCA Healthcare. Participants will serve for one year and can be nominated for additional terms.

“We are delighted to work with this impressive group of NTC Ambassadors,” said Brian Moyer, President & CEO of the Greater Nashville Technology Council. “We look forward to discover how this new group of thought leaders will shape our technology landscape of tomorrow.”

NTC Ambassadors have the opportunity to develop new initiatives and tech outreach programs not yet envisioned through NTC’s existing channels. They will have opportunities throughout the year to attend NTC board meetings, serve on NTC committees, and shadow and be mentored by NTC Board Members. This cohort of NTC Ambassadors was selected from 25 applicants by a Steering and Selection Committee comprised of of NTC board members and staff.

Full list of NTC board ambassadors are provided below: 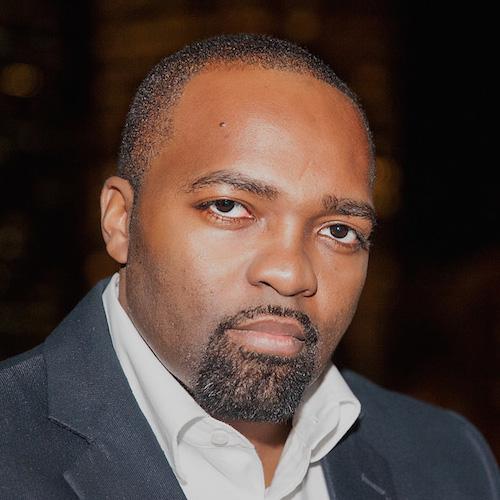 Jurnell Cockhren is the Founder of Civic Hacker, a tech company with the mission to use software, policy, and data to empower activists to end oppression. His background spans Neuroscience, Physics, Astronomy & Computer Science. He moved to Nashville in 2007 after graduating from the University of the South in Sewanee, TN with a B.S. in Math & Physics. Affiliations include Python Software Foundation, Code for Nashville, MNPS STEAM Advisory Board and National Society of Black Engineers. Jurnell also co-founded of Black In Tech Nashville. 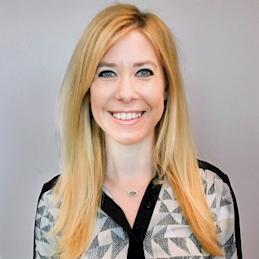 Elizabeth Collins is a Senior Consultant with CGI with more than twelve years of experience in software consulting. She primarily serves in a project/account manager role and has worked in a variety of industries and technologies, with a specialization in the business intelligence and data space. Outside of work, she enjoys cooking, playing drums, and traveling. 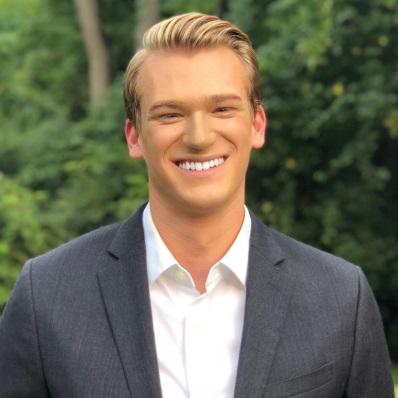 Louis Davis is part of HCA Healthcare’s Enterprise Technology and Architecture team. Coming from a background in software development, he has a passion for creating powerful user experiences that enable clinicians to achieve more. He is eager to continue and accelerate the effort to make Middle Tennessee a technology hub for all industries. 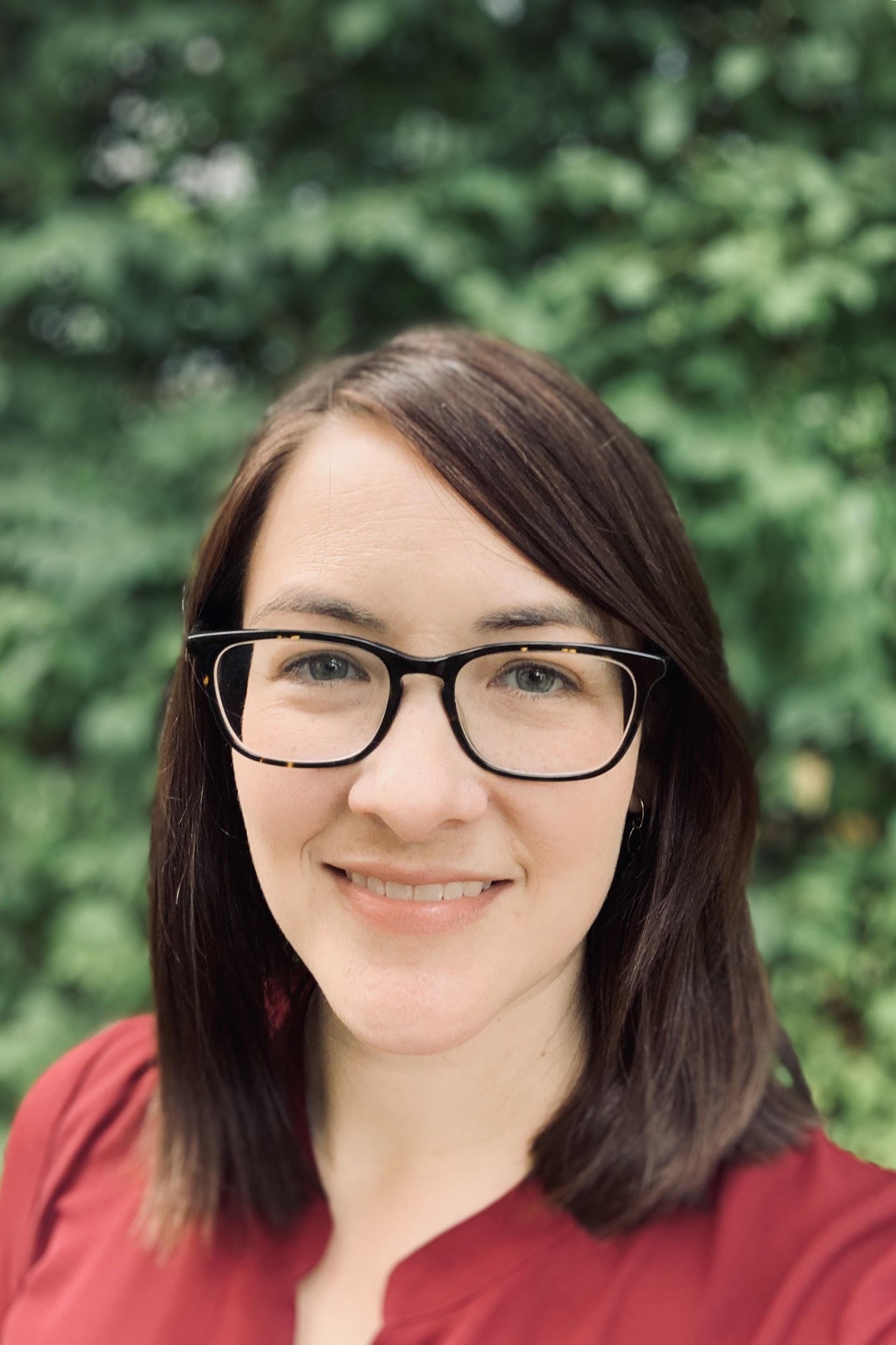 Sharon Davis is completing a PhD in Biomedical Informatics at Vanderbilt University with a focus on predictive analytics and model surveillance. As an environmental health researcher, her previous work focused on using data science to promote health and empower community advocates. Sharon settled in Nashville 6 years ago with her family and she excited to become more active in the Middle Tennessee community. 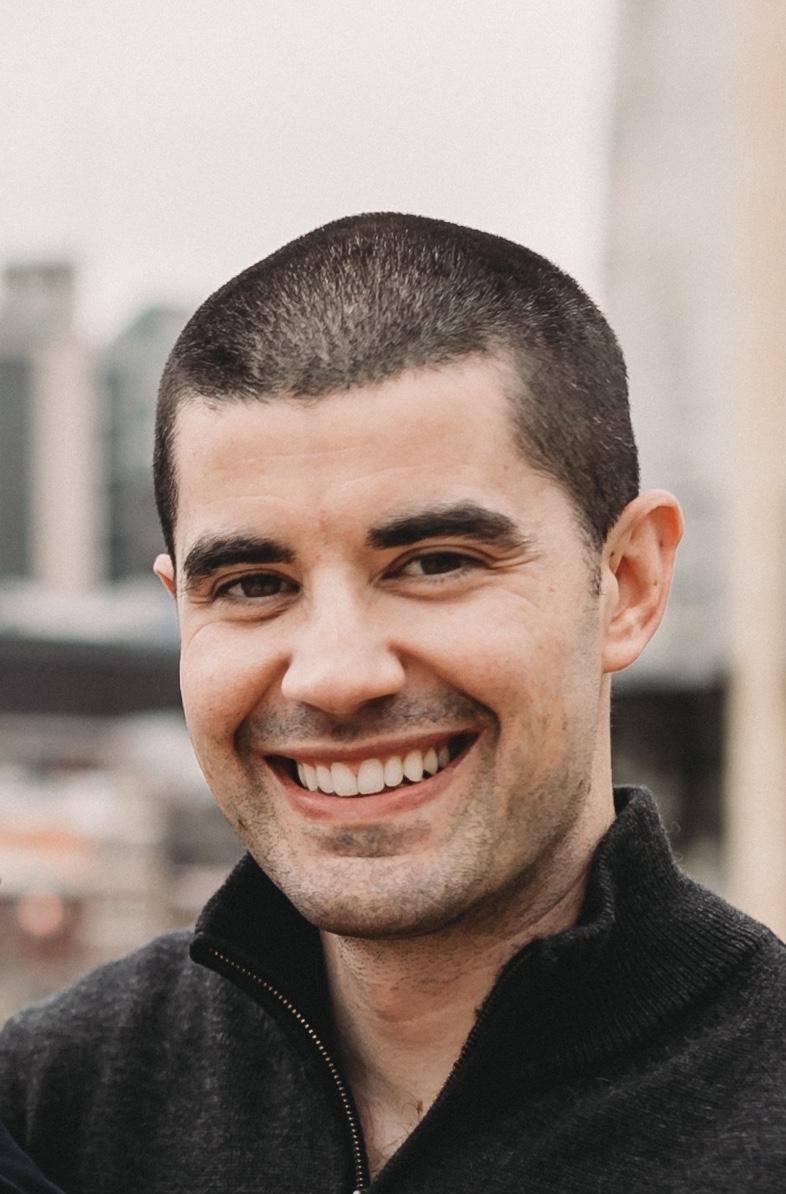 David Rodriguez is a Director at Audacious Inquiry with over 10 years of project management and consulting experience leading large-scale health information technology (HIT) implementation and optimization projects. He has worked with clinical software vendors, state hospital associations, and local and national solution providers on the implementation and optimization of EHRs, Health Information Exchange, and other software. He holds his Project Management Professional (PMP) certification from the Project Management Institute (PMI). 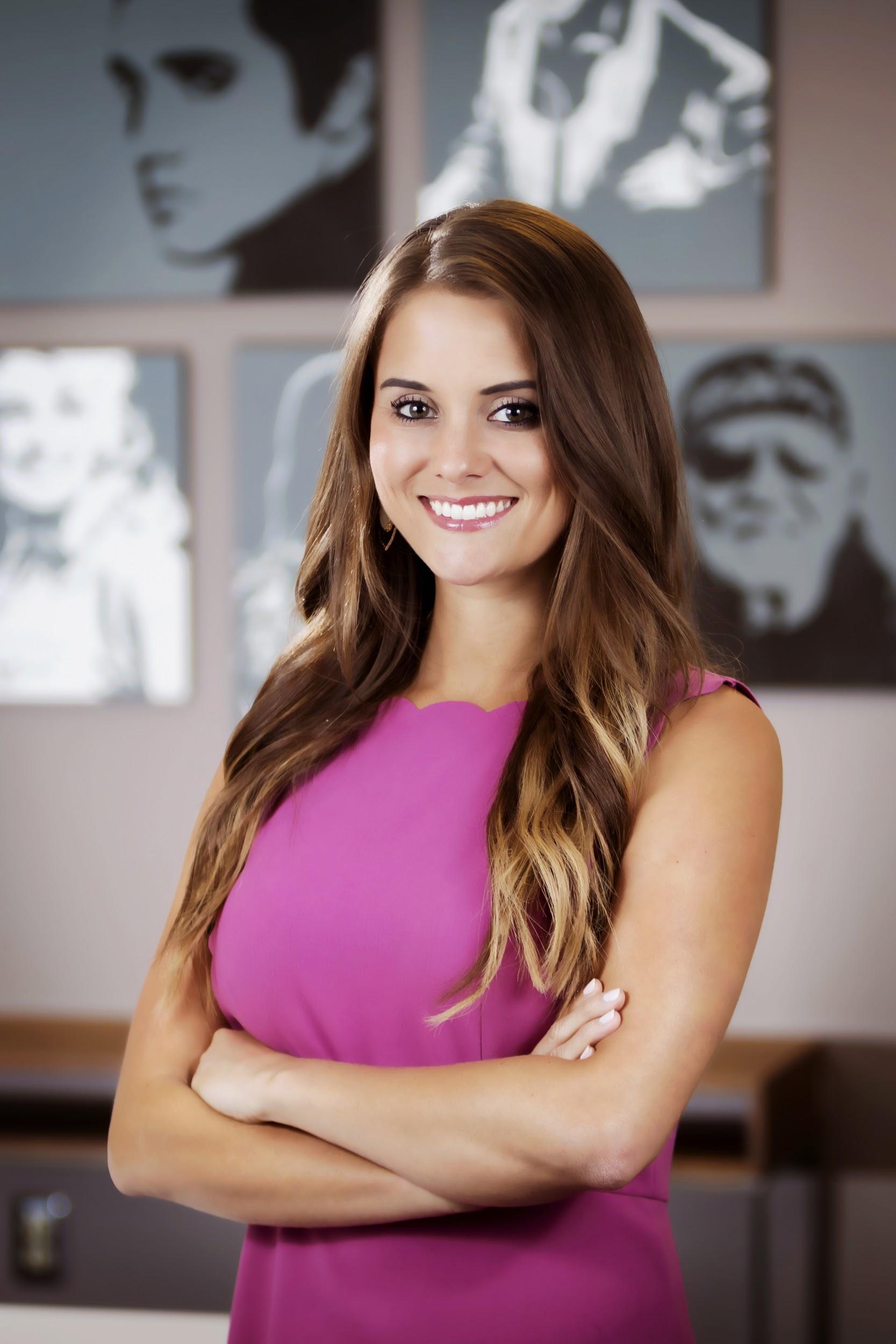 Lindsey Morgan is the Senior Director of Technology Consulting Services for Vaco, where she has worked for the last 4 years. She was born and raised in Hendersonville, TN and moved to Nashville after attending college at MTSU. When she is not working, she enjoys traveling, scuba diving, checking out new restaurants, and spending time with her family and Shih-tzu, Piper. 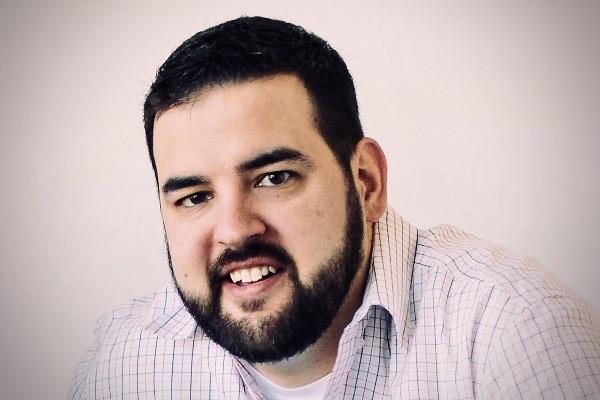 Rusty Strange is Vice President, IT Infrastructure and Operations at AMSURG where he leads Infrastructure, Service Delivery and PMO functions for the organization. He has spent his entire 15 year career with the company in a variety of IT related roles and responsibilities. Rusty is a graduate of Tennessee Tech University with a degree in Business Management and MIS where he served as a team captain of the basketball team. In addition to the NTC Ambassadors, Rusty is also involved in several other organizations and groups, including TN HIMSS Ambassadors, TN HIMSS HIT Accelerator Planning Committee, NTC ELITE Mentor, NTC ELITE Alumni Committee, 2019 Tennessee Tech Coaching Search Committee Member and Volunteer Youth Basketball Coach. He is also a graduate of the NTC’s first ELITE cohort and the TN HIMSS HIT Accelerator program. Rusty currently resides in Brentwood with his wife and two children. 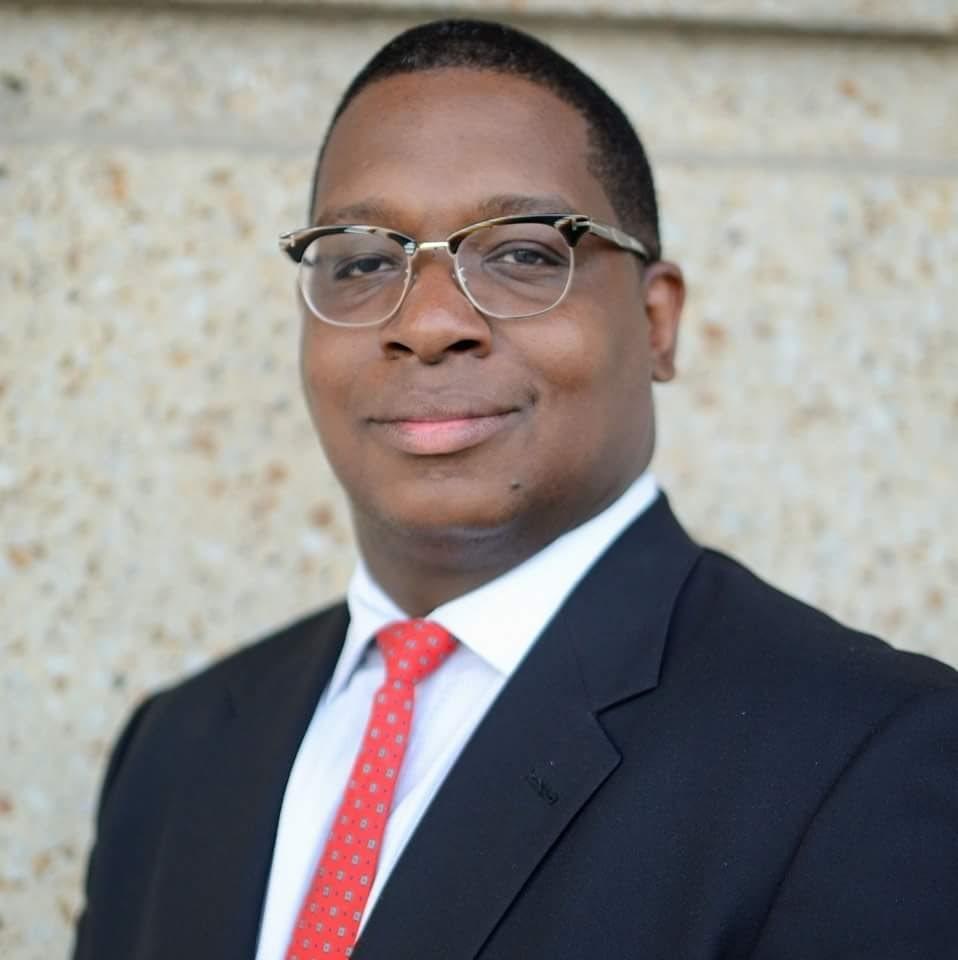 Jarrett Strickland serves as a Wealth Planner to families, business owners, technology professionals and healthcare providers. His purpose at UBS Wealth Management is to provide advice beyond investing, by helping his clients understand how to best utilize their money to empower their goals. He earned his Bachelor’s Degree from Tennessee State University in 2007 with a concentration in Economics and Finance. Prior to UBS, Jarrett served as a Wholesaler and Insurance Advisor with Jackson National. Jarrett was an active member of TSU’s Aristocrat of Bands, President of the Economic and Finance Society, and Fundraising Chair of Alpha Kappa Psi Professional Business Fraternity, Inc. Jarrett is currently on the Board of Directors with Big Brothers Big Sisters of Middle Tennessee, a graduate of Nashville Young Leaders Council, Co-Founder of Black In Tech Nashville, and Co-Founder of Conscious Conversations. 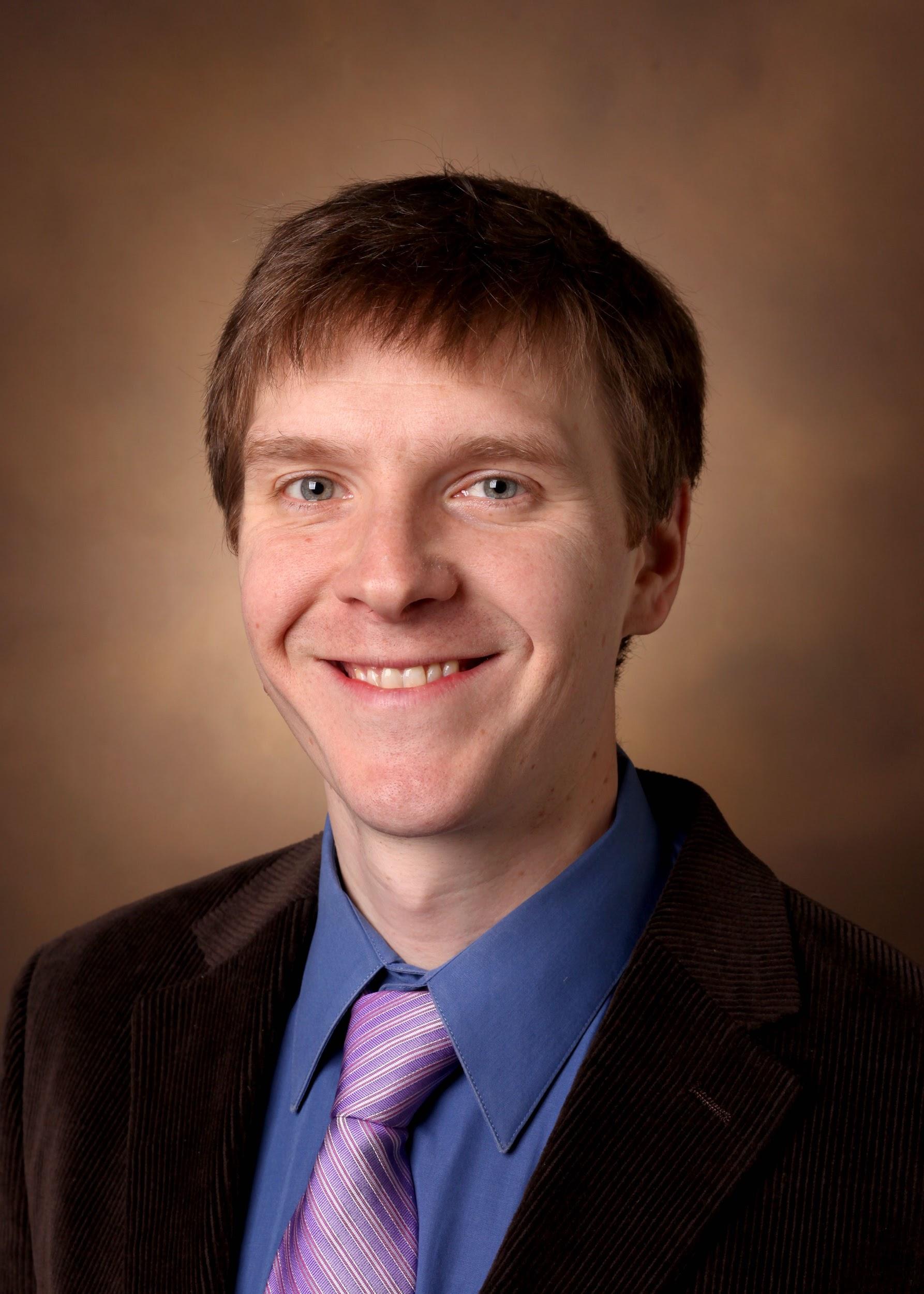 Colin G. Walsh, MD, MA, is Assistant Professor of Biomedical Informatics, Medicine, and Psychiatry at Vanderbilt University Medical Center. He is a practicing internist. He received a degree in Mechanical Engineering from Princeton University and his medical degree at the University of Chicago where he was inducted in the Alpha Omega Alpha and Gold Humanism Honor Societies. He completed residency and chief residency in internal medicine at Columbia University Medical Center. He received a degree in Biomedical informatics in postdoctoral fellowship at Columbia University. He joined the faculty at Vanderbilt University in 2015. His research includes: 1) machine learning in behavioral health; 2) clinical decision support to enable prevention; 3) predictive modeling using Electronic Health Record (EHR) Data; and 4) evaluation of value-based care through data science.

Chris Zotti is a supervisor with the KraftCPAs risk assurance and advisory services practice and has been with the firm since 2014. His responsibilities primarily include planning, performing, and overseeing the execution of network security and vulnerability assessments, IT internal audit services, and System and Organization Controls (SOC) attestation examinations. Throughout his time with KraftCPAs, Chris has gained invaluable experience and knowledge serving domestic and international clients in a variety of industries including financial institutions, public utilities, healthcare, and cloud computing. When he is not working, Chris enjoys music, traveling, playing golf, and spending time with his wife Rachel and their dog, Phoebe.

About the Greater Nashville Technology Council
The Greater Nashville Technology Council is the leading voice and advocate for Middle Tennessee’s $7.5 billion information technology ecosystem; and the 50,000 technology professionals who design, implement, manage, and safeguard the technology that powers our region’s economy. Our mission is to strengthen and advance the technology sector by bringing together companies, philanthropies, government, universities, and talent to create opportunity and growth. For more information, please go to: www.technologycouncil.com