Becoming a Coder in Two Days 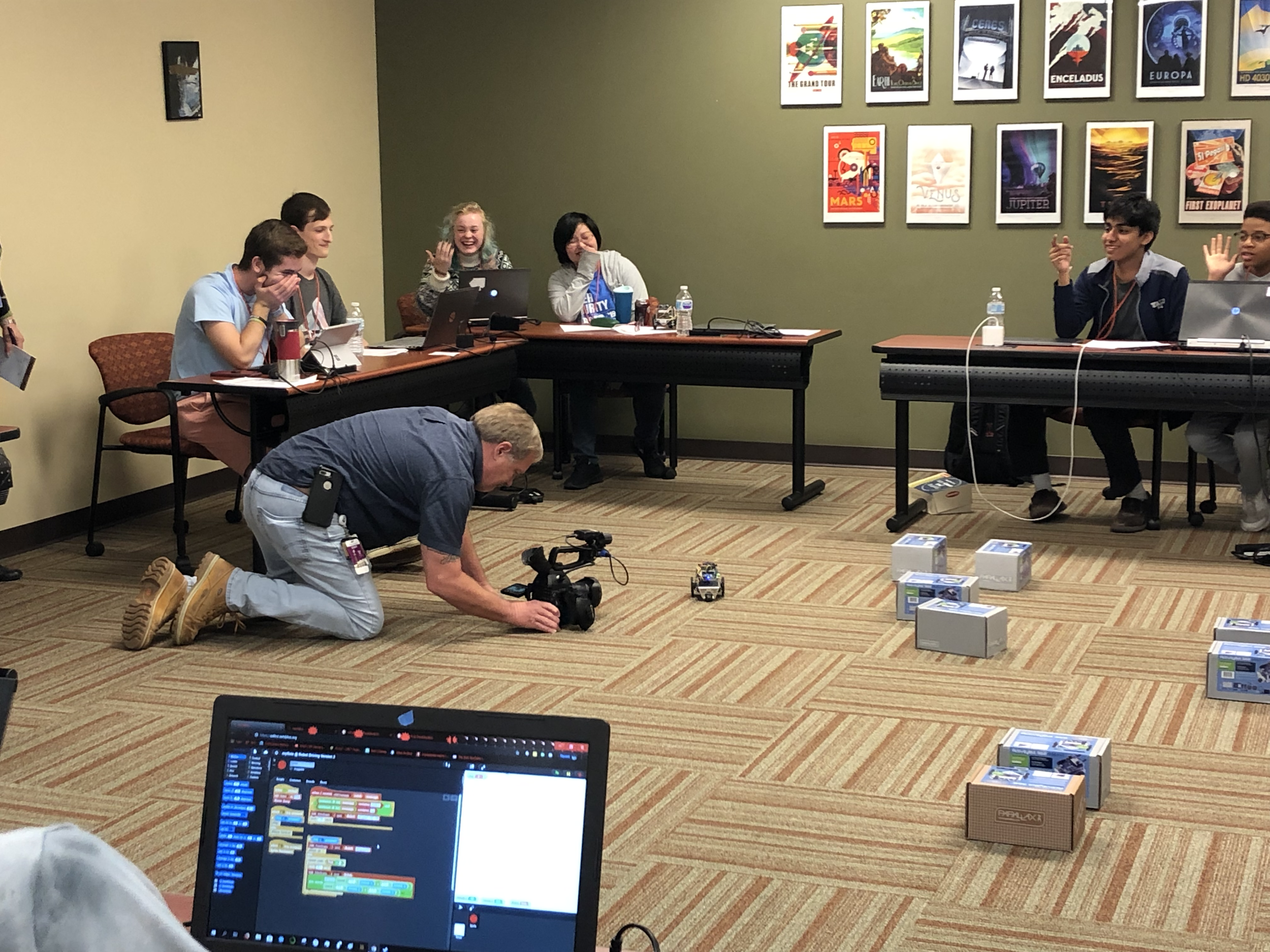 Last Tuesday afternoon, I visited Vanderbilt University’s Institute for Software Integrated Systems to observe their Cybersecurity with Robotics Summer Camp for high school students. Here, I had the pleasure of meeting around sixteen students who had been scouted for the camp from Nashville high schools, and I watched them race their robots in teams of two through an obstacle course made of cardboard boxes. While some students had programmed before, most had not; nonetheless, the students were able to pick up object-oriented programming principles in less than five minutes to make their robots move. Meanwhile, in previous weeks it has taken teachers who were equally new to this concept an average of around 15 minutes to pick up. On this day, students developed their programs enough to drive their robots quickly through a difficult obstacle course.

Implications for the Future In the following days, just when the students have perfected their programs and robots are driving smoothly, students will (or will not) be surprised to find their robots hacked by an external source that will obtain total control over the robots’ movement. They will learn how to hack into another robot’s system, as well as mechanisms for detecting hackers and defending their own robots. This helps students understand the paramount importance of writing code carefully and securely to prevent data breaches and protect users’ security.

These bright young coders are the future programmers of our self driving cars and other artificial intelligence; it is clear that they have the capacity to quickly grasp difficult concepts, and secure coding is indeed difficult. I have no doubt that the future of our quickly evolving technology is in safe hands.

The next event I plan to attend is the NTC Tech Talk on June 20th, where I will hear about Intelligent Automation and Robotic Process Automation (RPA). Know of a tech-related event or usergroup meetup I should check out, tweet to @nashtechcouncil and let me know!